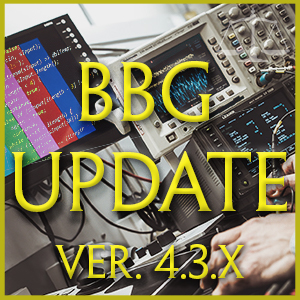 Russia :
– Don’t get extra production from their unique ability on city center

Canada:
– Don’t get extra food from their unique ability on city center
– National parc now give only 4 food and 4 production (from 8/8)

Vietnam:
– Unique district will now only get +1 culture from other adjacant district (from +2)
– Default movement point for unique unit is 2 (from 3)

Miscellaneous:
– Earth godess pantheon give +1 Faith for each charming tile (from +1 for each breathtaking)
– Audience chamber get only 1 title of governor
– Monarchy give 2 culture for each renaissance wall (insead of 2 diplomatic favor)

Victory Condition :
Following the strong exchange of views between different communities e.g. Diplomatic Victory, we have been working and evaluating the victory conditions.
There is still a lot of work to be done and we will likely share our progress on this in the coming weeks.
If needed, the player can now define their victory conditions more precisely allowing Tournament Organiser to choose the format fitting their community.
In that process we did discover the Firaxis’ developers had dropped their initial “Domination Victory” design, which was the one of previous Civ franchise. We finished the coding for this condition and named it “Territorial Victory” to avoid any confusion. This is purely optional and off by default.

Default parameters are unchanged, Territorial victory is disabled by default (to fit the basegame)

Barbarian:
In the base game, regardless of the graphics been used, there are actually 3 different types of barbarian camps : quad camp, cavalry camp, unit camp. They can spawn at 7 tiles of a player city (regardless that another city is in 7 tiles range).
The cavalry camp was a problem in terms of game balance as Saka mounted-archers were slaughtering unprepared players in early game.
Added new “Balanced” barbarian scripts, with the new balanced script, it’s guaranteed that cavalry barbarian camps won’t spawn before turn 15.
It’s also guaranteed that all camps won’t spawn closer than 7 tiles range of any player’s city.
The script has also been balanced to ensure players are experiencing a similar barbarian pressure.
Teamers are also handled.
Lastly, for player wanting a challenge we added a raging barbarians option.

This website uses cookies to improve your experience while you navigate through the website. Out of these cookies, the cookies that are categorized as necessary are stored on your browser as they are essential for the working of basic functionalities of the website. We also use third-party cookies that help us analyze and understand how you use this website. These cookies will be stored in your browser only with your consent. You also have the option to opt-out of these cookies. But opting out of some of these cookies may have an effect on your browsing experience.
Necessary Always Enabled
Necessary cookies are absolutely essential for the website to function properly. This category only includes cookies that ensures basic functionalities and security features of the website. These cookies do not store any personal information.
Non-necessary
Any cookies that may not be particularly necessary for the website to function and is used specifically to collect user personal data via analytics, ads, other embedded contents are termed as non-necessary cookies. It is mandatory to procure user consent prior to running these cookies on your website.
SAVE & ACCEPT